Letting Go of Limiting Beliefs With a Moxie Menu: Moxie On Monday “The first step in learning to fly is a Leap of Faith.” – Catherine Grace O’Connell

Do you have a Moxie Menu?! I bet you don’t. And I’ll also guess you may have Limiting Beliefs. We all have them. They’re clips on our wings. I’d like to share a story about a woman I met who’s banished those. How? At the beginning of every month, she makes a list of 10 things she wants in her life.

Things that are way beyond her reach.

Every week, she takes some kind of action to make those things happen. She sends emails, makes phone calls, asks friends to create connections…whatever she needs to do to make those dreams a reality.

Before she knew it, things started coming her way. Big things. Doors began opening and her life began to change.

If it worked for her, why couldn’t it work for me?

What did I have to lose?

With that, I made the decision to give it a try.

I began taking action…moving out of my comfort zone. I began busting through a lot of inner resistance – those internal voices fighting to keep me small.

I began asking for things…wild things, and things began to happen.

I wanted to be a journalist.

Was I a writer? Nope. But I wanted to be. I knew I could be. I had a powerful story to share. I had a voice and wanted it to be heard.

I reached out to a friend. She was a writer for the Huffington Post. I asked for Arianna Huffington’s email. Surprisingly, she gave it to me. This was getting fun! The Universe seemed to get the memo. I was serious. I began upping the ante, asking for more. I decided I wanted to interview people I had deeply admired over the years, many of them celebrities and thought leaders … previously thought to be unreachable by me. I decided to try anyway.

I did whatever I needed to do. I sent DM’s on Instagram. I tweeted. I constructed deeply moving emails. I called friends. I asked for connections. Connections began to happen. My life was changing. I was changing.

Nothing changes until we change.

Change always happens on the inside first.

Change begins with a decision to change.

Want to change your life?

Make that list… your Moxie Menu …a list of things you could only dream of up until now.

Take action and watch those dreams become a reality.

And you have it in spades. 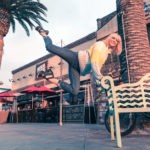 Jambu: Off Road, In Style! 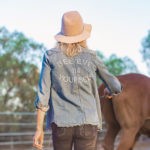 How wonderful!!! I didn’t know you wrote for The Huffington Post!! I’d love to read your articles, Catherine!!

Thanks sister. I moved over to Thrive Global with Arianna when she left the Post and began writing for them. I used to write regularly. I just don’t have the time any longer.

Good morning Catherine thank you for sharing your story and giving inspiration to others to start a Moxie menu. Have a Gucci kind of day Tina

Happy Moxie on Monday sister. I sense you will enjoy today’s post too!

Oh Catherine! What an inspiring post! Thank you so much for sharing this! So many times I see the blockade in the road and don’t think to try driving around it. You really are amazing!

Amy, the force of your pure heart has the power to get through any obstacle. You are the essence of love.