The End of Silence – All New Mastering Modern Midlife Show/Podcast!

“I write for those women who do not speak, for those who do not have a voice because they were so terrified, because we are taught to respect fear more than ourselves. We’ve been taught that silence would save us, but it won’t.” – Audre Lorde

Today marks the launch of the very first season of my video talk show/podcast, Mastering Modern Midlife, formerly Forever Fierce. Over the past few months, we’ve been busy little bees on the back end creating an extra special show for you with a new direction. The intention is simple: Mastering Modern Midlife is designed to help women from the inside out to ignite the potential we all carry inside of us. It is dedicated to all my Fierce sisters in their second and third acts of life who are in the process of reinvention, searching for inspiration, and empowerment. I am grateful that this show is powered by the Forever Fierce Revolution … The Tribe with the Kind Vibe! 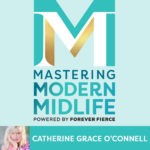 Each “Season” is seven episodes … why seven? Because I was born on 7/7 and it’s my show! I invite all of you to view and comment on Season One and let me know what you think of Mastering Modern Midlife! And, if you become a binge watcher like me with Stranger Things, even better!!!

I’ll admit. I’m a late bloomer. A very late bloomer. The truth is, it’s never too late or too early to bloom, to find yourself and your voice. I spent most of my life in a deafening silence, believing I was worthless. It took me until my mid 50’s, through a hell of a lot of deep inner work, to understand what I was told to believe wasn’t the truth, my truth. My life was my own and it was time for me to own it.

Almost 4 years later, I not only have a Voice, I’ve engaged and connected with thousands of women around the world by igniting a movement and a mission to inspire and empower women at Midlife & Beyond.

It wasn’t long ago that, not only didn’t I have a voice, I didn’t have a future. When I think back to that dark night of the soul, bedridden and losing my battle with late stage Lyme Disease, it felt as though it would never end. I remember feeling hopeless and in the depths of despair. I couldn’t see the light at the end of the tunnel. I couldn’t see the light at all. The physical illness was overwhelming. But there was more … So much more that I needed to come to terms with. There was a voice inside me that said, “Shut up. You’re not worth it.” And I believed it.

I haven’t shared that my marriage of twenty years was a prison. My ex-husband was a narcissist that cared only for himself and looked at others, particularly me, with disdain. I raised my children with love and created a beautiful home for us. In return, I received only emotional abuse and ridicule as well as being put on a meager allowance with which I had to pay all household expenses and any costs for the children. Internal stress caused me to have a volvulus where my colon twisted itself into a knot cutting off my circulation.  While I lay on the kitchen floor in excruciating pain, my husband grabbed his golf clubs, stepped over me and told me to call my brother for help. When I returned home from emergency surgery he told me I wouldn’t receive a paycheck that week as I hadn’t done anything to deserve it. It was not long after that my body began collapsing and I suffered an emotional and physical breakdown. The silence ended the day I asked my ex-husband to accompany him on a business trip to a resort in Florida so that I could rest and recuperate. He stared at me for a moment. Then he smiled and said, “You don’t take a hamburger to a banquet.”

The thing is when you’re in the midst of the tunnel, in the depths of the darkness, you can’t see the light but you can find the light from within. It’s always there. It may be a teeny tiny flicker that needs some tender loving care to create a new spark. It took me some time to find the light yet once I did, I didn’t waste a moment fanning the flames that led to a whole new life and a new beginning. We all have a Voice. Not one of us is less than any other! I fought for that in me and I’d fight for that in someone else.

I finally found my voice, a voice that was silenced decades ago. Every woman has a voice, a voice that deserves to be heard. It’s up to you and me, it’s up to us to find it! And, the best news is, you don’t have to wait for Midlife. The coolest part is, once you find your voice, you may be surprised by how many women are waiting for the wisdom, insights, and inspiration only you can share through your personal heroine’s journey.

Finding my voice began with an interview with ESPN’s Hannah Storm, the number one sports journalist in the world and one of the top interviewers of all time. She could have given me my one hour interview and said so long. But she didn’t. Instead, Hannah gave me a private Masterclass and mentoring session that opened up an entirely new journey and life direction for me. Hannah and I talked extensively over the phone for over two hours. I was an eager beaver, soaking up every ounce of brilliance she was willing to share.

She shared her personal interview process. Hannah would spend hours and hours researching her guests. She would get to know every detail of every facet of their lives. She would have pages and pages of notes. Yet, when it came time to do the interview, Hannah would toss her notes aside to stay fully present with her guest, and allow the interview to take on a life and direction of its own, confident in her ability and research to go where she needed to go.

Since that time, I’ve fully adopted Hannah’s process as my own. I gobbled up her wisdom and insights. My favorite part of the interview is learning about my guests. It’s the human story, the unseen story, the one behind the shield, deep inside, that fascinates me and inspires my wonderful audience of Fierce sisters around the world.

Looking back, there’s been loads of divine serendipity along the way. I was a woman without a voice or any meaningful connections. I had absolutely no idea how or where to begin and I was terrified. What I did have was a dream, a dream long since buried along with a voice in my heart tugging at me, begging for my attention, waiting to be heard.

It was a conversation with my daughter that was the catalyst for this part of my journey. She shared an inspiring story with me. A friend of hers decided to begin reaching for 10 things each month that were way beyond her wildest dreams. She began by putting herself out there and asking for things she thought weren’t possible. She made a Moxie Menu! And, then, magically, things began to happen.

This was almost 4 years ago and I decided, what did I have to lose by giving it a go? The very next day I began to make a list, a wish list, A Moxie List, of my dream interviews. Then, I began reaching out and asking for what I wanted. That’s when the magic began to happen. Doors I never dreamed of opening began to swing wide open. Connections I never thought possible began taking place. I decided it was time to expand my reach to go higher and higher. I was Fierce. I didn’t take no for an answer. I kept at it. Before I knew it, doors were flying open and a new reality was beginning.

I was also fortunate to work with an outstanding media trainer, Forever Fierce Sister Lee Woodruff. Lee was a Catalyst for the format of this show as I kept bugging her for more training and thoughts on a co-host. Lee, the Good Witch, who has her own powerful story of reinvention, gently kicked me in the pants with the “You’ve always had the power to go back to Kansas” speech. Thank you Lee!

Dreams do come true. They aren’t dependent on our age. They depend upon our belief. Dreams combined with belief, self worth, self confidence, and a lot of hard work is the secret sauce for Mastering Modern Midlife. The ultimate truth is the hardest thing to master in life is ourselves. That’s why we’re here – to shift, to grow, to evolve – and to find our voice, our message and our personal mission to leave this world and ourselves the best that we can.

My wish for you is to live your best life, a Fierce life, one that’s intentionally designed by you – no one else but you, the real you. Once you connect to the authentic parts of you, I sense you may be surprised by what you find and the “you” that’s waiting for you right now.

I invite you to join me in this new direction, an exciting adventure, to Master Modern Midlife together. We have an awesome Season 1 with some very special guests to inspire and empower you. Help me share our collective voice through this show! Let me know your feedback, suggest new guests and topics, and most of all please share and tell everyone you know that there’s a show our there dedicated to Mastering Modern Midlife! 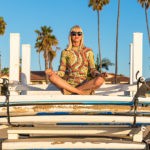 Meditation Off the Mat – Moxie On Monday 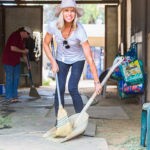 Cleaning Up the Mess! – Moxie On Monday

After reading more about your personal journey, I respect and admire you even more. Thank you for stepping into your highest self and showing the rest of us that we can do it too!

Hi sister, You are always such a wonderful support! I haven’t shared many details of my marriage up until now for many reasons. I share as much as I can in the hopes that another woman will see herself in my story and my struggles. If I can do it, trust me, anyone can!