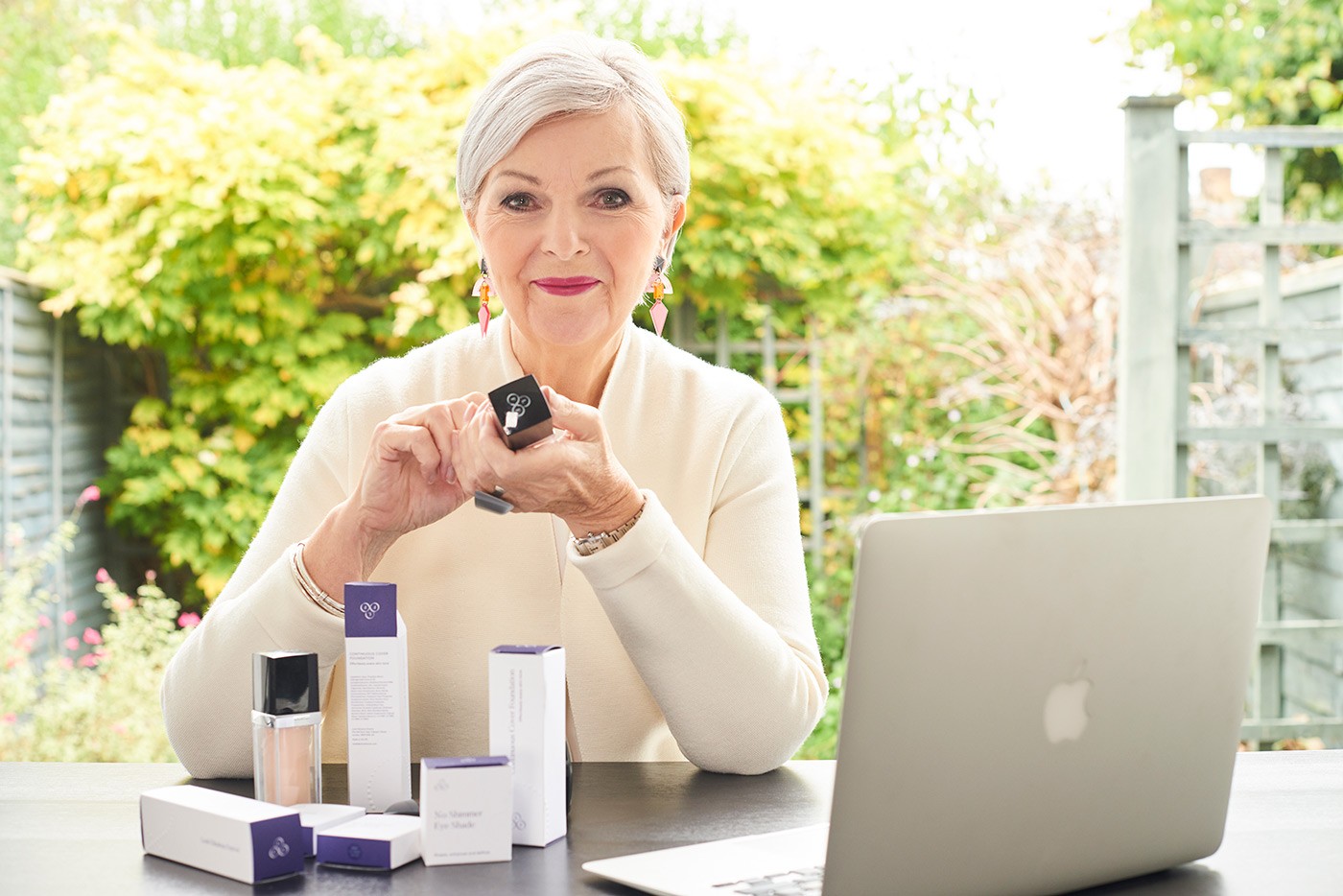 “I have always loved makeup and enjoyed the world of business and I greatly dislike the ageism of the beauty industry.“ – Tricia Cusden

On this International Women’s Day, there are so many women who have touched my heart over the years and are deserving of being honored. One of them graced me with her presence recently on her whirlwind tour of Los Angeles. I am delighted to introduce you to a woman I deeply admire, at 70 years young, her light shines brightly as she lives to disrupt the societal mindset of aging.

Tricia Cusden, Founder of Look Fabulous Forever makeup, landed in the City of Angels and Hollywood was quickly taken by storm! Tricia reminds me of another U.K. beauty, Helen Mirren, with an added dose of moxie. Our culture has a tendency to discount older women and to see them as not relevant and invisible. Tricia will have none of that and calls it “utter nonsense.” This sassy and fabulous master of reinvention is dominating her “Third Act,” leaving a powerful wake behind her as she casts aside the traditional view of older women. Vocal about her disdain for the language of “anti-aging,” Tricia has adopted an empowered philosophy centered upon “pro-aging.” A few moments with Tricia and your view of aging will likely be dispelled in an instant. She has a way of casting a spell; mesmerizing you with her grace, beauty, and dignity.

And what brought Tricia to LA? How about having your makeup line in the Oscar goodie bags?! Tricia and her daughters, Anna and Suzy, were “pinching” themselves as they jetted across Los Angeles, and then hopping from event to event. Between interviews, talk shows, shooting a national commercial and arriving on the red carpet at the Oscars, the trio was making the most of their Hollywood moment. The forces of the Universe have seemed to divinely align to give a wink and a nod to Tricia on her mission to help older women “Look Fabulous Forever.” 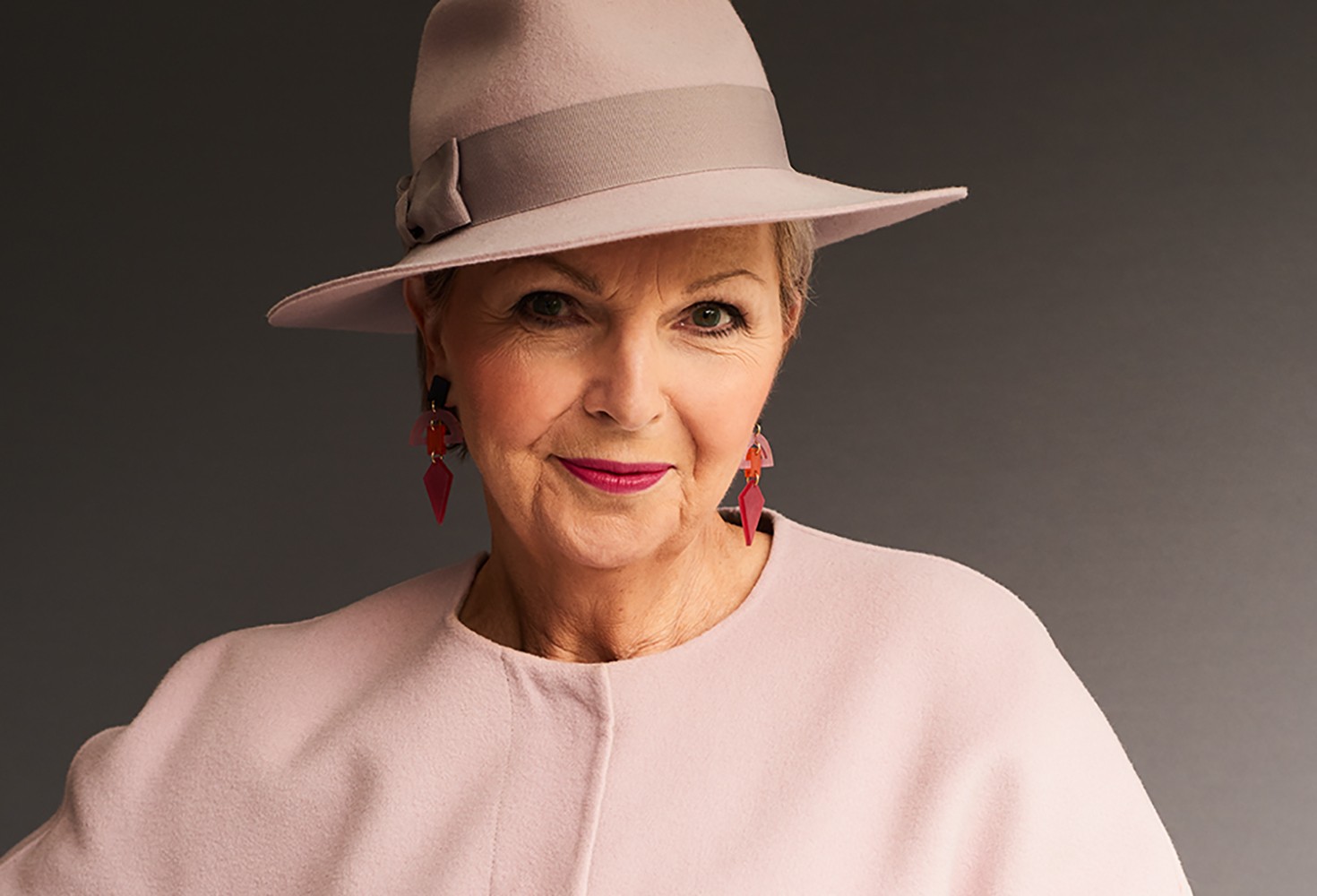 And if that’s not enough, February was a blockbuster month for Tricia as it also marked the launch of her book in the U.K., “Living the Life More Fabulous: A Handbook in Beauty, Style, and Empowerment for Older Women.” I was lucky to have connected with Tricia early last year as I had seen an interview with her and promptly began stalking this fierce beauty. This quickly evolved into a family affair as I’ve had the pleasure to meet the entire crew. Anna and Suzy are behind the scenes actively running the operations, social media, and marketing. It’s a pure delight to watch the three of them in action. It’s as though they’ve awoken in the midst of a fantasy that’s become a reality. It’s like watching Cinderella’s pumpkin turn into a glistening carriage as the dynamic trio of Cusdens gets ready for the ball! Untouched by their quick rise, they’re as grounded and humble as they come. Giggling like three school girls, and in my words (sorry, Tricia)…so “fucking dignified,” the trio is an unstoppable force.

Tricia joined me during her LA Tour live in studio for my talk show, Forever Fierce and has become my most popular show ever! She’s one who rarely holds back as she empowers women with a vibrant and refreshing view of older women. Casting aside the traditional media and marketing continually focusing on wheelchair lifts, medication, and The Clapper, Tricia will expand your mindset on aging in an instant. Her latest book delves deeply into the impact of our society and it’s negative views on aging. It’s almost an insidious permeation of a consciousness who’s time is coming to an end. Tricia has taken a role in helping women wake up to the meaning of true beauty and that it’s never too late to look and feel fabulous. 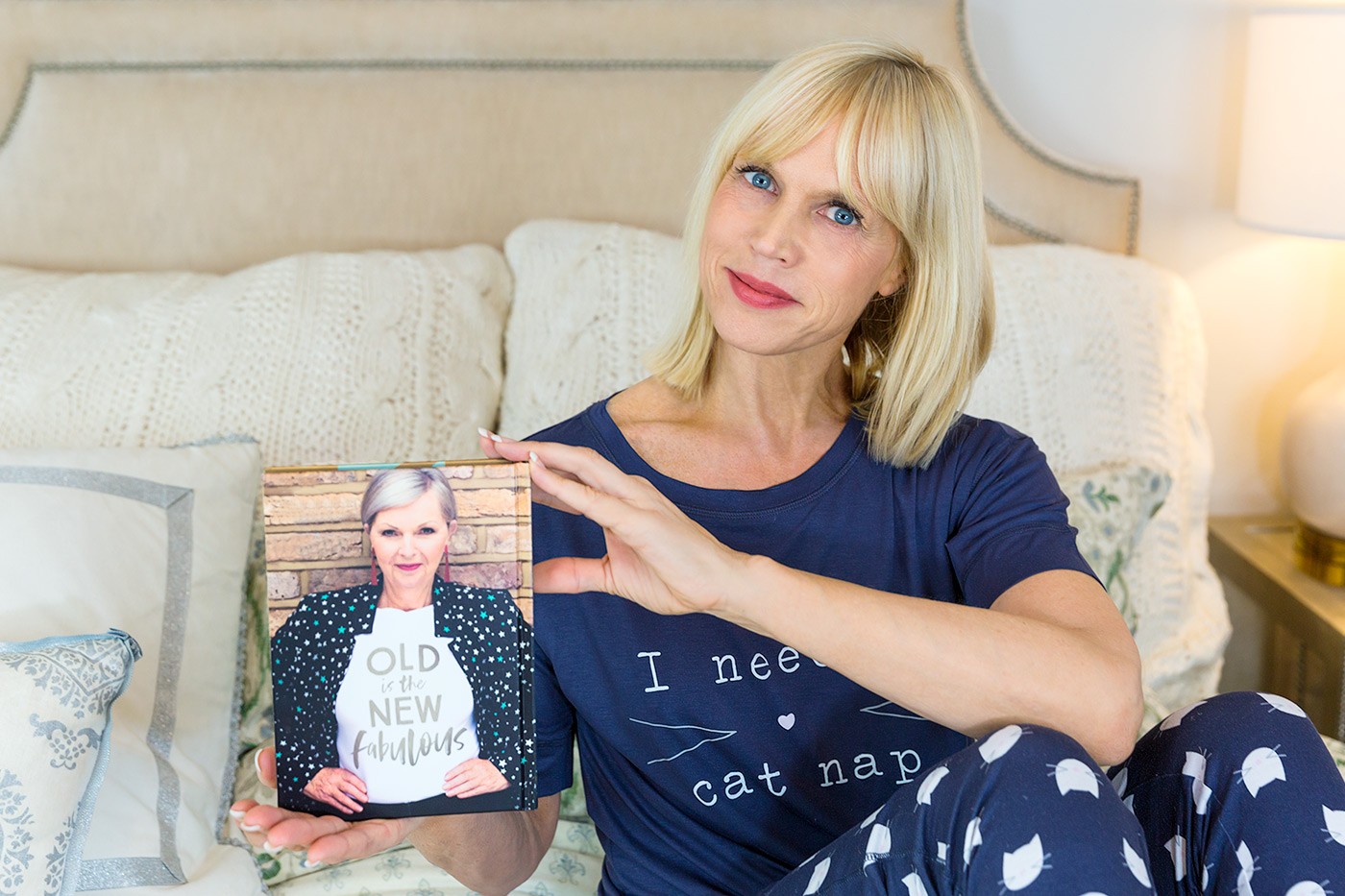 Tricia knows the difficulty many older women face in finding beauty products that address their changing needs. Older skin, oftentimes due to hormonal changes, requires more moisture and products that don’t seem to fade As they age, women begin to experience changes in the way they look, from wrinkles to shifting skin tones, and finding a cosmetics line designed for them is like a gift from heaven. Tricia’s on a mission to help every woman look fabulous forever … just check out her awesome YouTube channel and see for yourself. While on the Forever Fierce Show, Tricia shares her story and how she chose to rewire rather than retire. She goes on to say, “It’s almost like a sin to get older. It’s as though we should feel guilty.” As you might expect, many people told her she was crazy to think about taking on the cosmetics industry. In their eyes, she was destined to fail. A common trait of people known as “Disruptors” like Tricia is their “naivete.” When others tell her what she couldn’t do, her response, “I’ll show you!” And look who’s showing who now!

Tricia’s time in Hollywood ended with a bang and a whirlwind weekend that included being cast in a national commercial for Chico’s produced by Forever Fierce Media. The entire cast and crew were instantly won over by her magnetic charm and sparkly personality. In the midst of downpours in a gritty alleyway in DTLA, this British beauty was not only unfazed but in her element. Cracking jokes and making the best of the circumstances seems a natural part of her DNA. With the weekend finale landing on the red carpet at an Oscars Gala with Sir Elton John, I’m pretty sure Hollywood will never be the same. Step aside Helen Mirren, we adore you yet there’s another British beauty ready to rock the world when it comes to changing the face of older women. Tricia will make you a believer. I defy you to hold onto the typical stereotype of aging once you’ve been graced by this woman’s presence. May you celebrate this International Women’s Day in true Tricia Style and may you look fabulous forever! 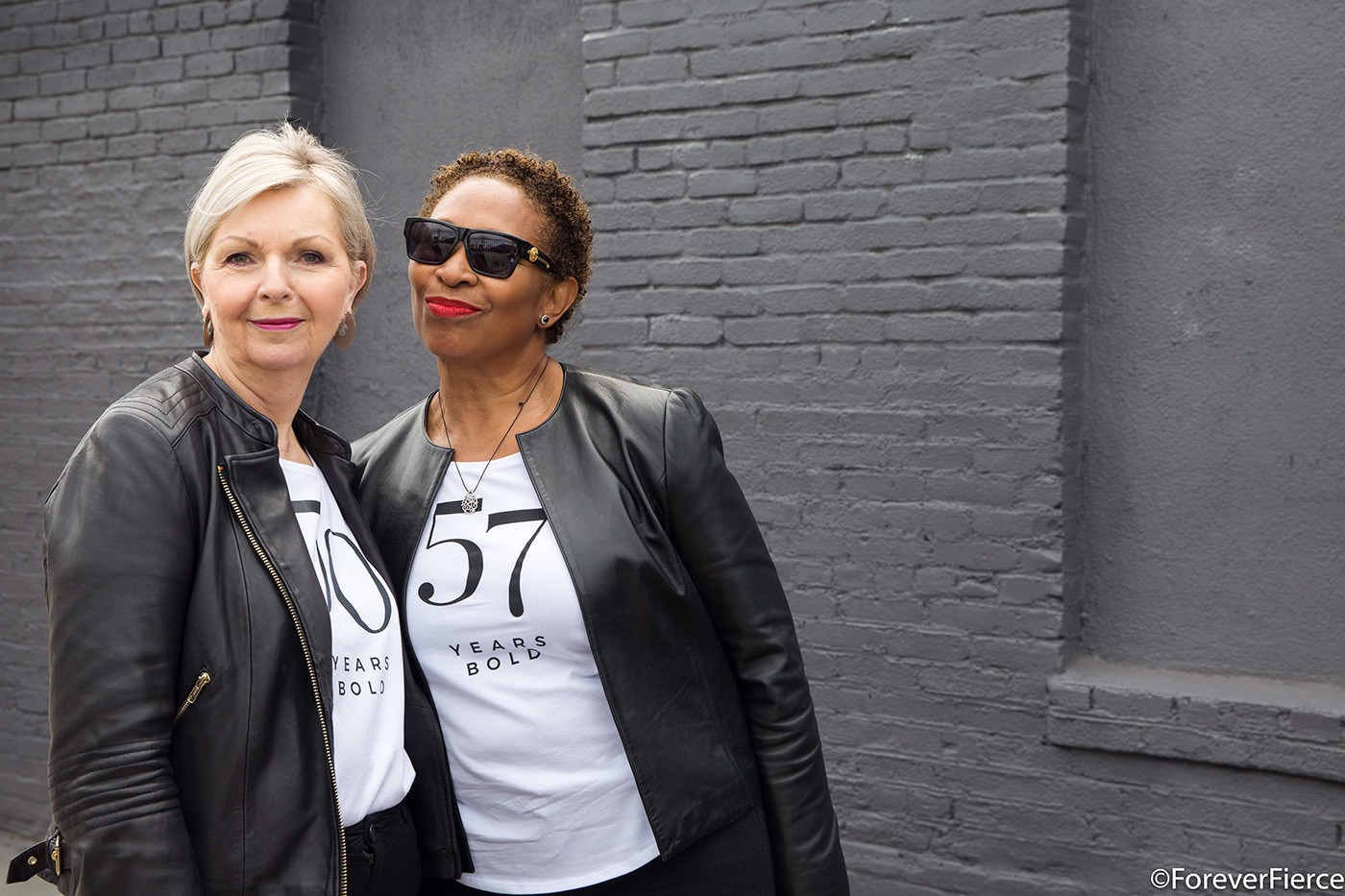 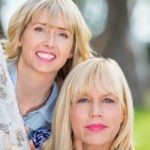 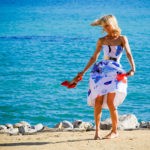 What I’ve Learned About Self Love

Thank you for the great article & showing us so many new ideas on how to style ourselves to stand out from the crowd. If any of your readers want to feel more confident about how they present themselves to the world then I would like to recommend ObeyClothing.com for best women tanks.

Thank you, Alex and I appreciate your comments. I do know of Obey as my son was an avid skateboarder and I loved shopping for him. I know they have a fun women’s line too!

Wow, such an inspiration! What an honor to have your products in the infamous Oscar bag of goodies. There is beauty in aging. The attitude is changing. Looking forward to seeing more from Tricia.
Regan
http://nifty50andfabulous.com/

Isn’t that the truth? A woman can dream!!!

I loved your interview with Tricia, and learning more about her and her company. Using “proaging” rather than “anti aging” is genius. She’s truly an inspiration, and I will definitely be checking out her make up line!

She is very special and I can’t wait for my next round of her products!

It was so fabulous to meet Tricia!!! We all need such great inspirations for women of all ages, and Tricia really knows what she’s doing!!
XOXO
Jodie
http://www.jtouchofstyle.com

I’m finally catching up…how on earth do you keep up with all those blog comments my Fierce friend??? She is very special and what a fabulous role model for women!