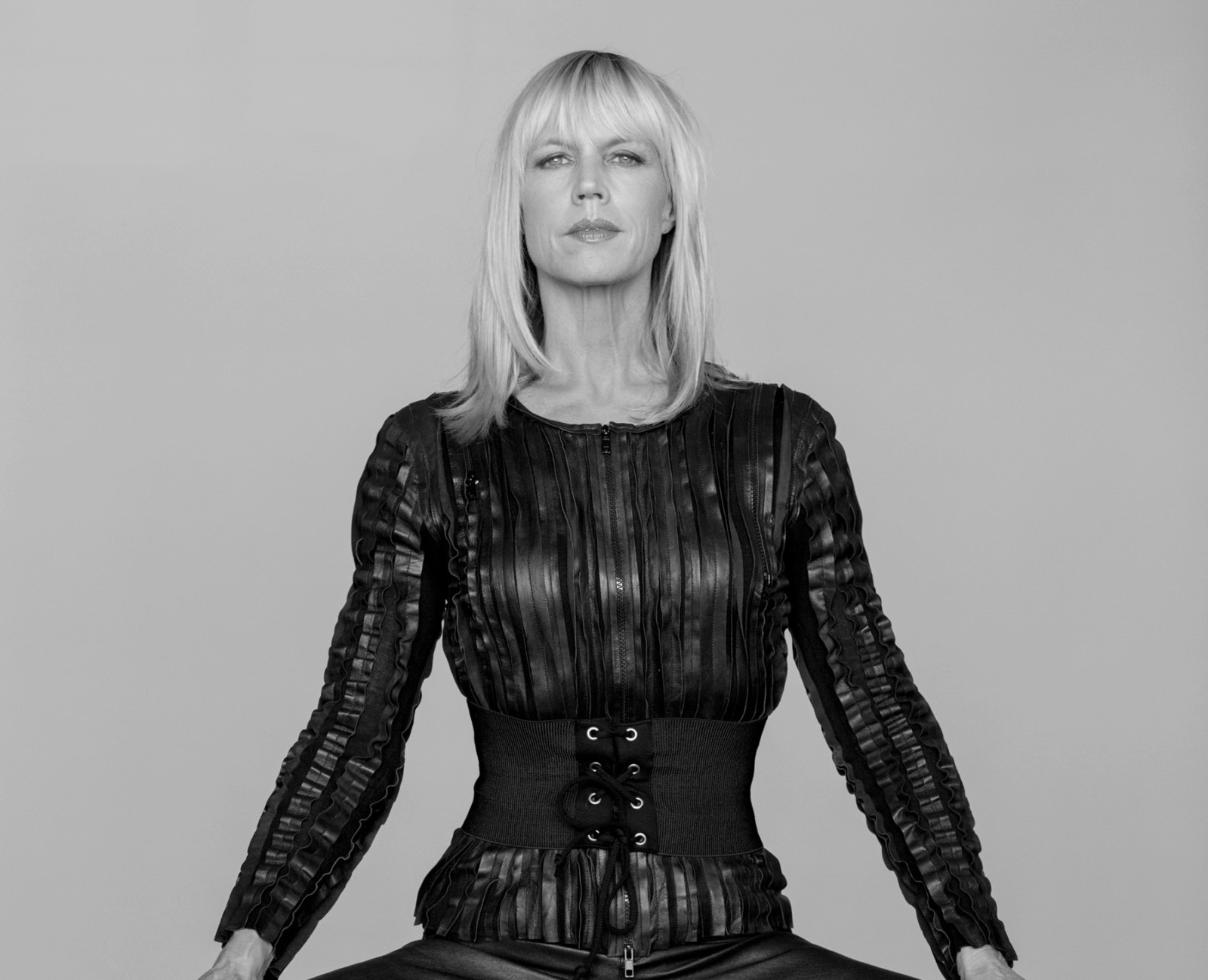 I remember spending hours in my little cocoon, laying on my bed with magazines strewn across my room. Hours upon hours, staring at gorgeous images of beautiful models living lives I could only imagine and that felt light years away. How many of us have dreamed of stepping out and trying something we didn’t think we could do?

Well! I guess light years have gone by as I’ve just turned 56 and my dream of becoming a model is no longer just my imagination, thanks to the talent and vision of the immensely creative, David Harry Stewart of Agei.st.com. It took some courage to attempt this! Luckily for me, David is one of those men over 50 who is vibrantly alive and lives to inspire those both young and old that age is just a number and attitude is everything. He’s a man who walks the talk as an ageless wonder with a youthful presence. We are both “Age Disrupters” as we don’t buy into the traditional beliefs and concepts around aging. David is breaking through barriers and glass ceilings and he’s brought me along for the ride of a lifetime. So, what’s it like to step into the shoes of a model in her first professional photoshoot at the age of 56? Come along and find out  as I share my experience!

My Business Manager and regular photographer and I loaded up the Jeep with a massive amount of wardrobe changes: Boxes of shoes, boots, and everything from leather pants to skimpy body suits! It was time to head to David’s studio in the industrial part of DTLA to make some magic happen. The idea was to capture the “Fierce” and empowered side of my personality, the side that was repressed for most of my life. Our vision was to bring out those aspects that are a deep part of CatherineGraceO, yet haven’t yet been revealed. We arrived at David’s sunlit loft studio in LA and were welcomed with his usual outgoing personality. You could fuel a power plant if you bottled this man’s energy! After schlepping the wardrobe from street to studio, we began preparing for the shoot. After only 2 hours of sleep, I was really concerned if I could actually pull it off, but that’s the fierceness of midlife and menopause … I’ll do my best to fight through just about anything! 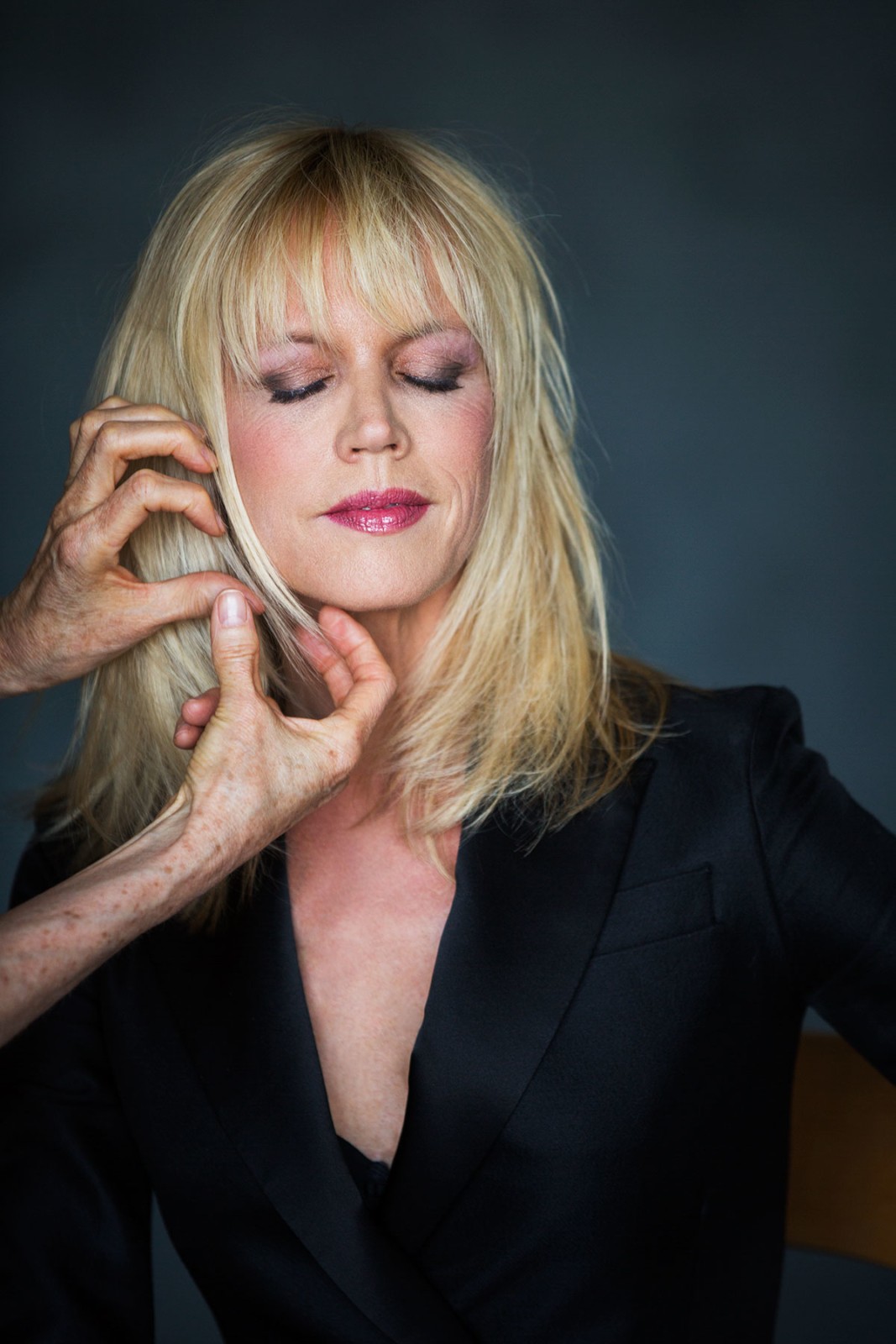 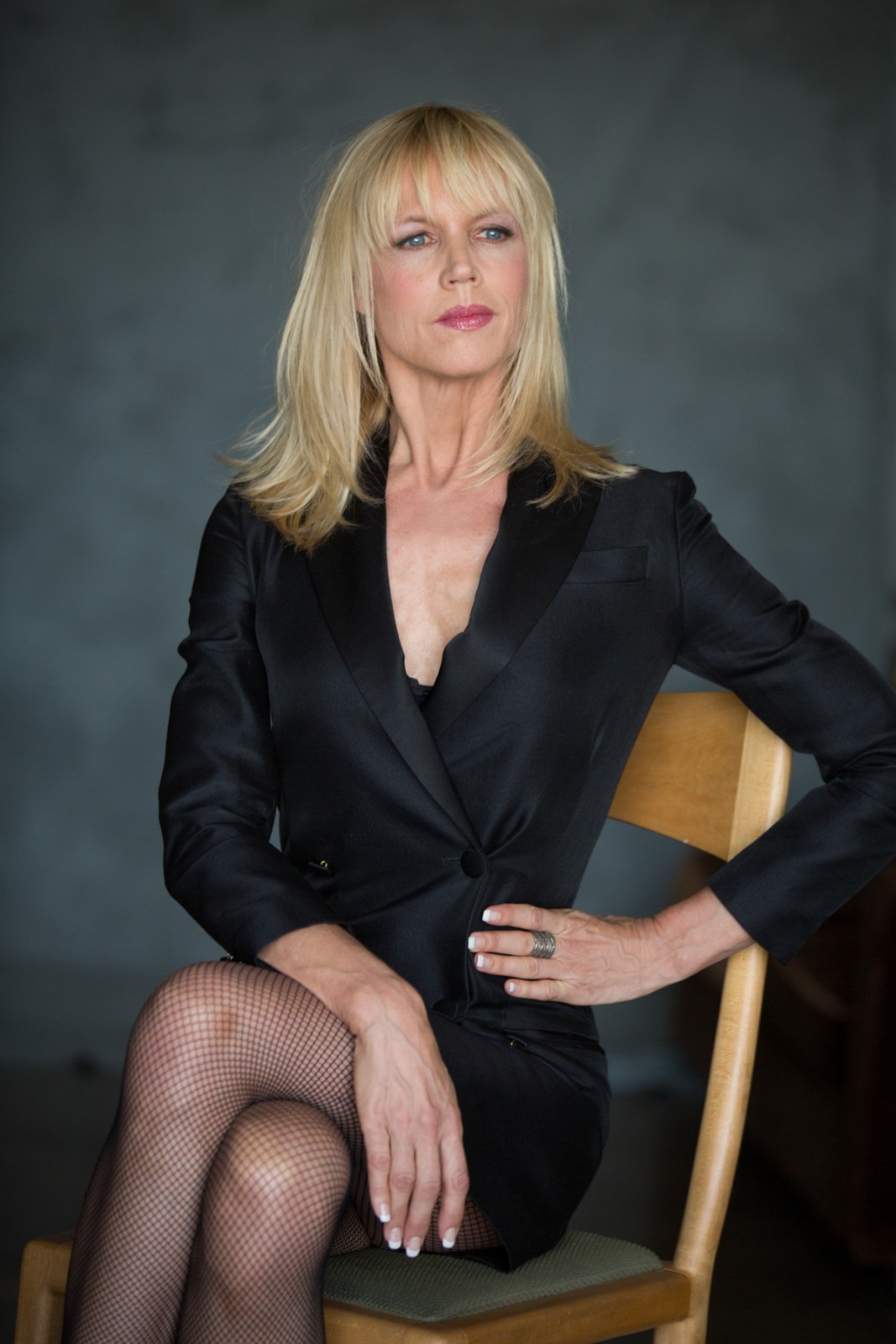 David and I had spent a lot of time going over looks and the overall inspiration for the shoot. I arrived hair and makeup ready and was delighted to meet the lovely Tara Shannon who recently joined David’s creative team. Tara has been in front of the camera most of her life. At 61, she continues to model and be a source of inspiration for women of all ages. A fiery redhead with a sassy personality, Tara and I got to know one another and discussed the overall vision. For starters, she taught me some illuminating makeup tips and tricks that made an enormous difference! As an older model, light is very important as are tricks to reflect shadows and emphasize your beauty … not your wrinkles! Trained as a model decades ago, Tara learned from the greatest makeup artists around. As you’ll see in the video, she taught me certain tricks to enhance my features for the camera. Brilliant photography is all about creating an illusion. It’s about capturing both the inner and and outer beauty in the subject while delicately “teasing” out their natural personality.

We began shooting in the morning and finally wrapped around 5pm. It was an all day event with multiple wardrobe changes. Tara tossed on some music and was game for one of my favorite songs by Keith Urban and Carrie Underwood, “The Fighter.” As I was tapping into the more “Badass” aspects of my personality, it was a perfect choice. Tara and I went over the looks and began by selecting a tuxedo mini dress by IRO and Shopbop. Pairing it with sexy fishnets and high heels from Stuart Weitzman, we were ready to begin. Stepping into the studio, David and Tara did a quick survey and pulled out a simple chair as I began to strike a pose. It’s eye opening to learn the various tricks used in the modeling world. Something as simple as making sure that your wrist breaks at exactly the right angle, or that your body is perfectly contorted for the camera to reflect the ideal curves. As a self trained model up until now, I was ravenous to learn all the tricks of the trade. Holding poses for long periods of time results in your body sometimes twitching uncontrollably. In other words, modeling is so much harder than it looks! Tara’s pointers were helpful in making me feel as comfortable as possible in front of the camera. 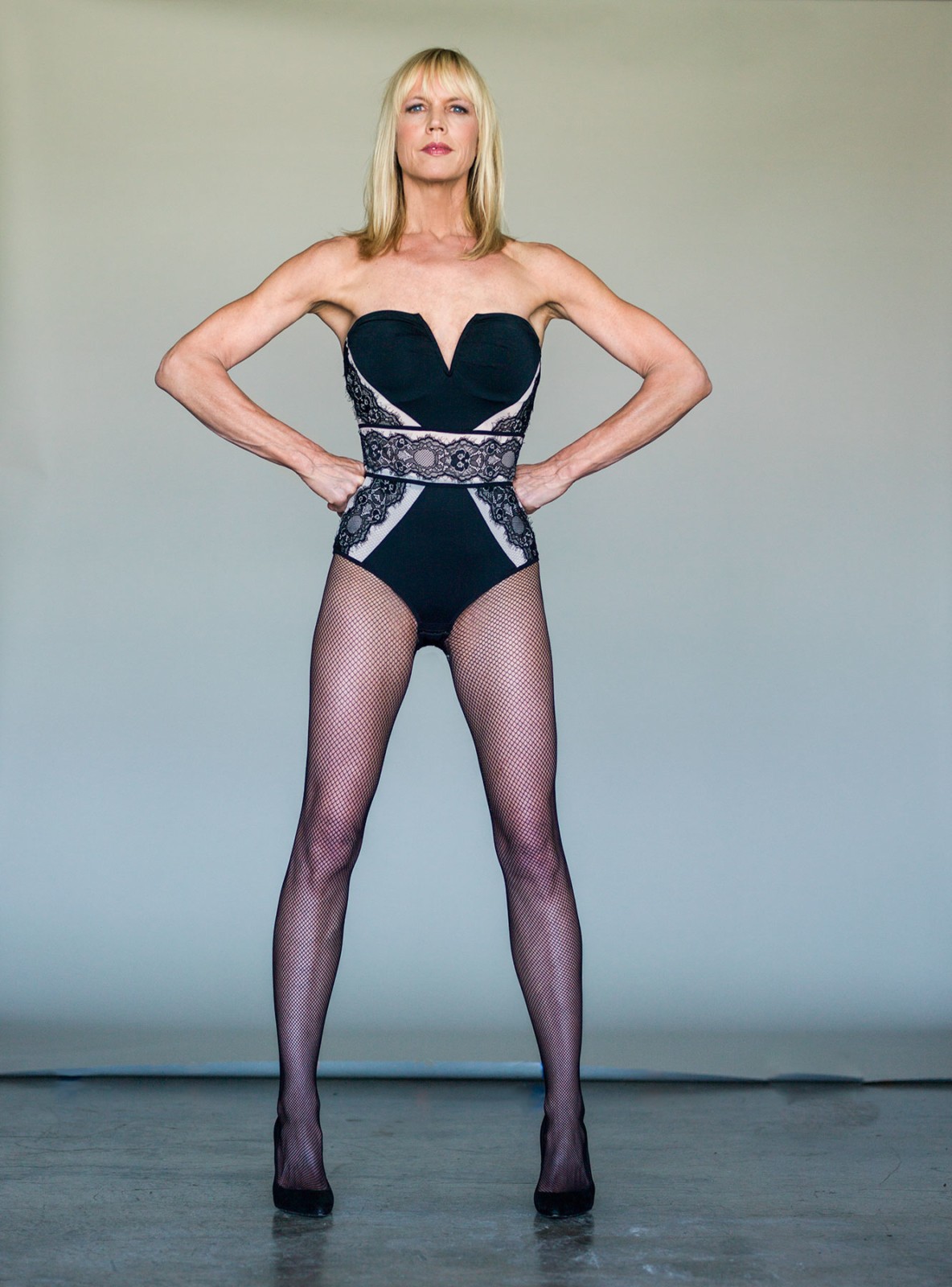 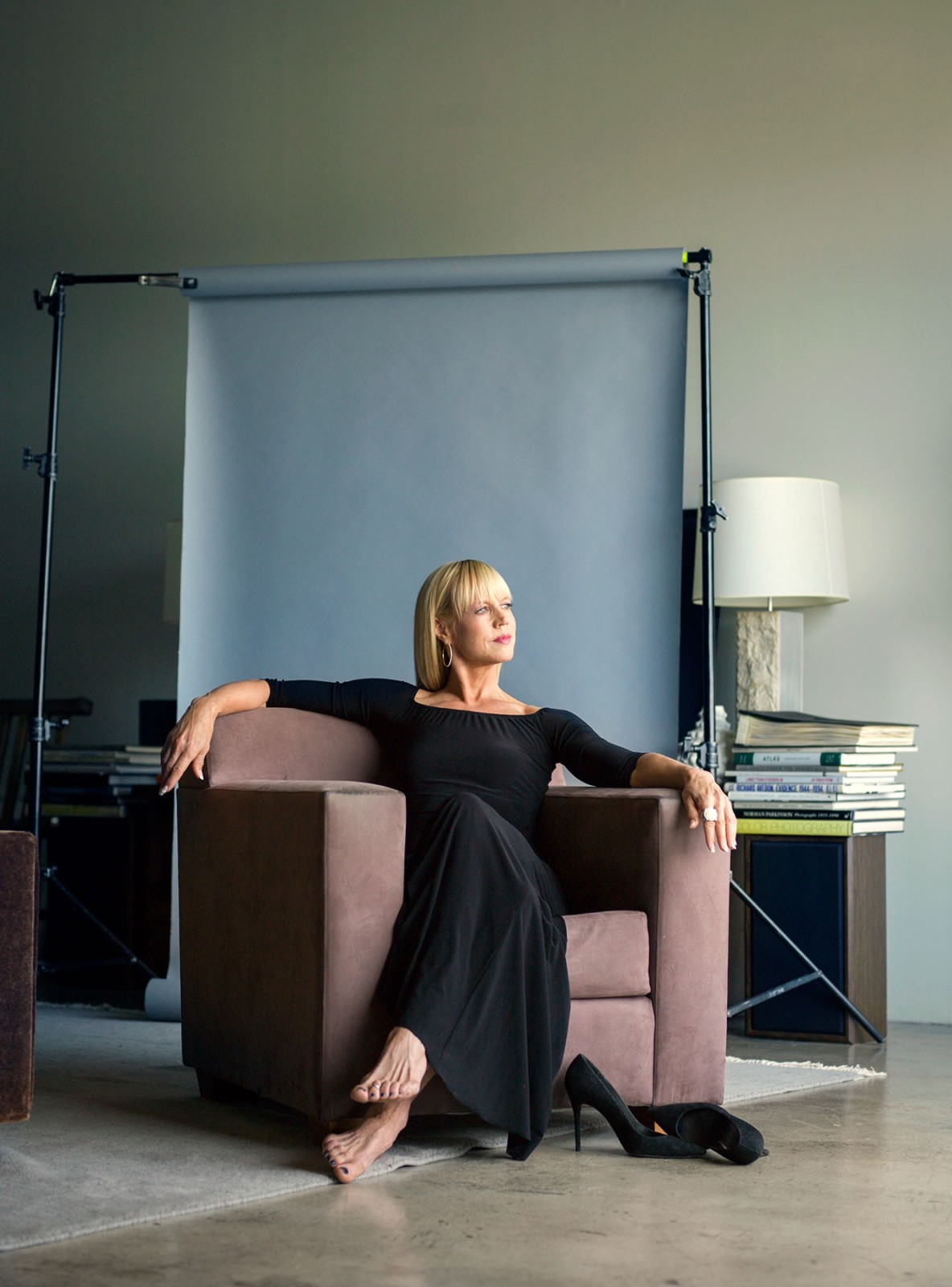 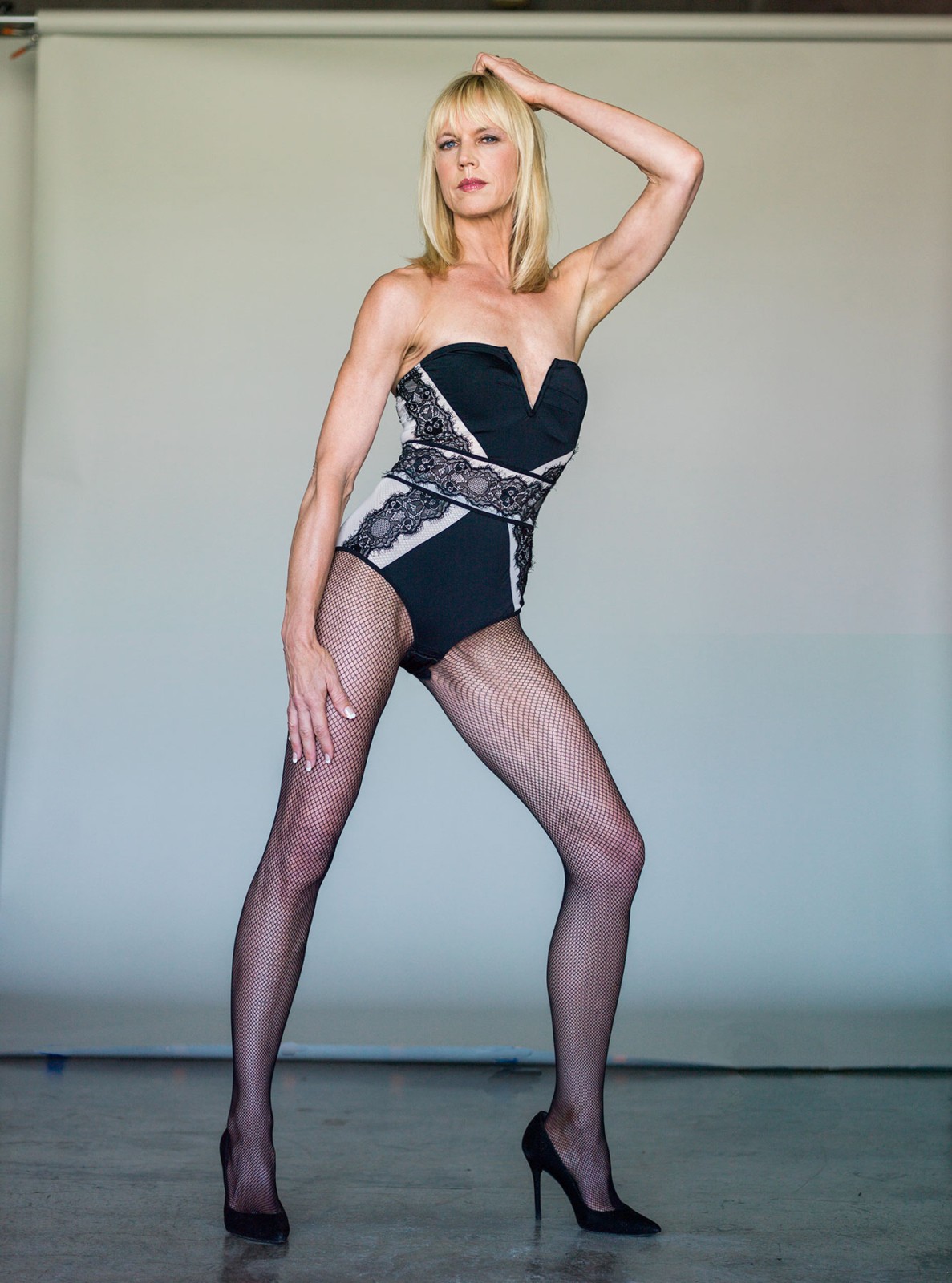 As a young teenager, I had signed with an agent back in Chicago to do some modeling and commercial work. My mind was filled with a lack of belief in myself. That combined with a very low sense of self worth had me put those dreams on hold until my 50 plus year old brain could begin to expand my mindset and my potential. As women, we have been culturally taught to compete with others while devaluing ourselves. Beauty comes in many forms and age is a boundary that should not determine beauty in any way. True beauty is always internal and is a combination your heart, your soul and the way you treat others. Beauty comes in all shapes and sizes and David has a way of teasing that inner beauty out and capturing it through his powerful imagery.

I can’t tell you how much fun it was to play dress up as I pulled out one Badass look after another. It was freeing to tap into this aspect of my personality and I hope to be an inspiration to women of all ages to try things you’ve always wanted to do, but feel afraid to attempt. Don’t let age be your guide. Let your life and your heart be your guide. Embrace aging gracefully while wildly disrupting the aging process on every level. Be vibrant. Be beautiful. Be fierce. But, most of all, be YOU…because there’s no one else just like you and you’re beautiful just the way you are. Now, go out and rock that beauty…and call on David if you are in search of a brilliant master and guide to disrupting the aging process. Cheers beauties…here’s to a life with no limits! 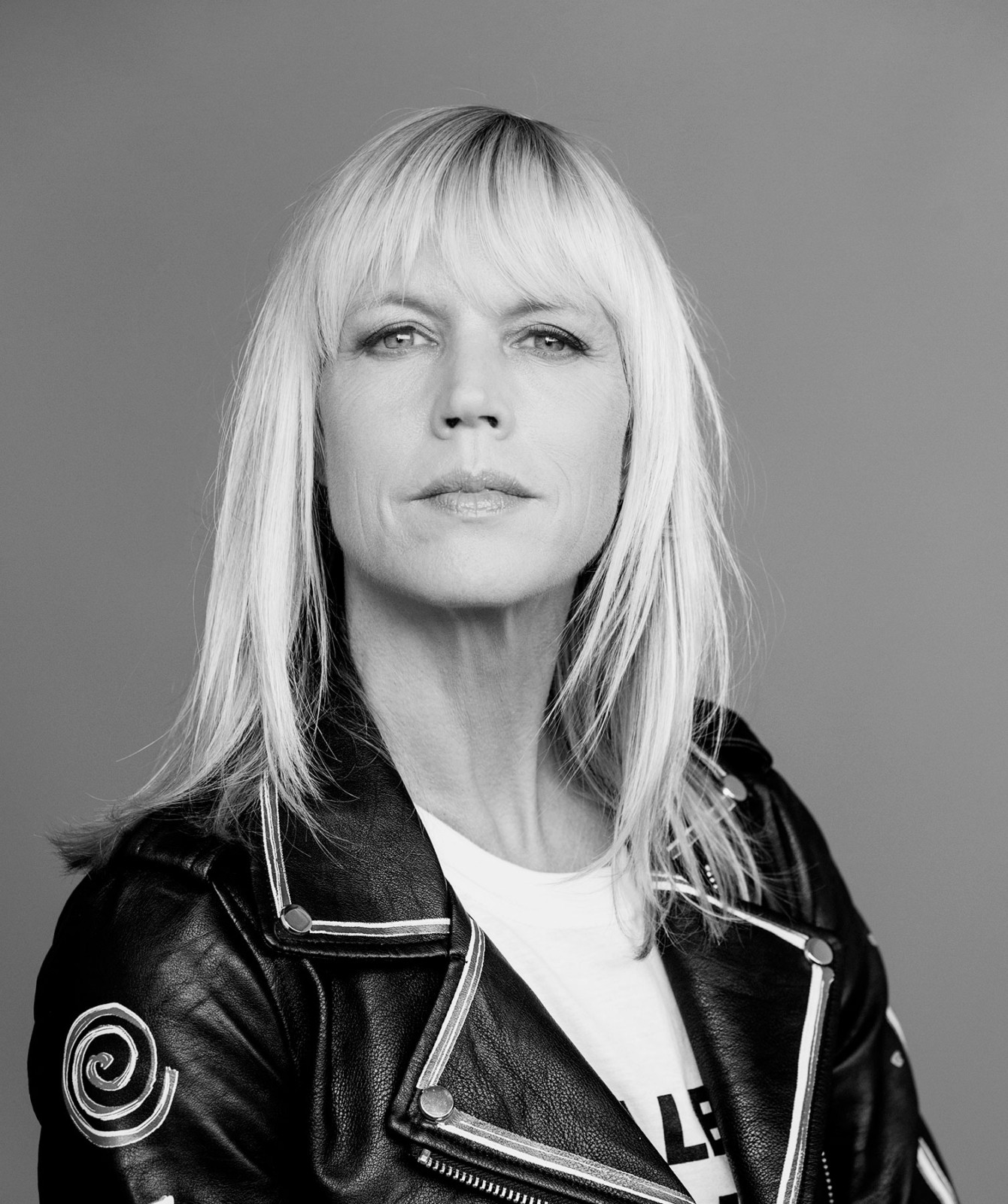 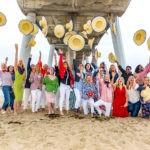 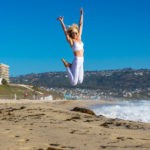 You are both , attractively beautiful

Wow! You are one hot mama! You get it, girl! Congrats to you and you keep making waves!

Love everything about this Catherine, you’re absolutely amazing woman and i love how you are inspiring so many women with your mission and passion!!
Nothing I would like more than to be part of this wonderful group of incredibles women ??

Absolutely stunning… and FYI, Tara and I were roommates briefly when she was starting her modeling career in Dallas and I was working as a makeup artist!
Still doing makeup & run my namesake cosmetic company Susan Posnick Cosmetics, creating healthy makeup for on-the-go with natural sun protection!
Small world indeed!

Love everything about this Catherine and how you are inspiring so many women with your mission and passion!!

Thanks love…all due to you!
Catherine